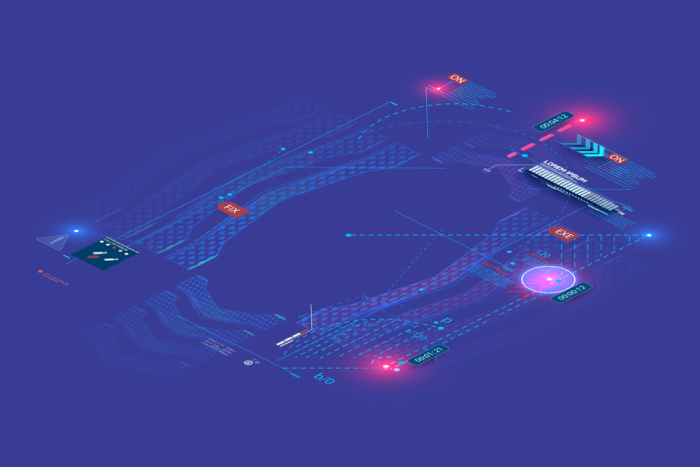 Everybody is talking about hybrid quantum systems. Yet there aren’t a lot of well defined definitions of what a hybrid system actually is, what it does, and the value it brings.

That’s probably because different folks have different definitions and visions of what hybrid quantum systems can do. After all, we are in the midst of the birth of quantum innovation, where there is so much opportunity yet also a lot of unknowns. For now.

Let’s take a look at some of those definitions.

For scientists and quantum engineers focused on building quantum computers, hybrid quantum systems are heterogeneous physical systems that are combined and coordinated with software to deliver more accurate and diverse results quickly.

In this arena, hybrid quantum systems, composed of different physical components with complementary functionalities, are being explored to provide multitasking capabilities. A central goal of the envisaged quantum technologies is to develop devices that can simultaneously perform several of these tasks, namely, reliably store, process, and transmit quantum information.

Physical properties make some  components of these systems better suited than others for specific tasks. Photons are well suited for transmitting quantum information, weakly interacting spins can serve as long-lived quantum memories, and superconducting elements can rapidly process information encoded in their quantum states.

To vendors, hybrid quantum systems refer to the actual internal workings of the quantum computer itself.

But enterprises have a different interpretation. This is also how we interpret the current go-to-market for hybrid quantum computing.

If you’re an enterprise or large organization, hybrid quantum computing has a different meaning.

There are different opinions of how to best use hybrid computers in the production world.

There is agreement on the overall goal: use quantum computers to enhance or augment the processing power of today’s classical systems. Meaning, get more accurate results, faster and with more options than with a classical system alone.

There are different ways to think about how to deliver this type of hybrid quantum computing.

Simultaneous processing.Some view hybrids as being able to process the same exact problem and data with both quantum and classical computers. Results are compared and then used in subsequent processing to improve the computations on both systems until we reach the best possible set of results.

Results from both would be compared and the best results used to re-seed the next round of processing.This iteration continues until you find the best possible result. The drawback of this approach is that it requires a quantum computer large enough to process the entire problem.

Quantum-Directed classical. You can also use a quantum computer to direct how and what a classical processor does.

Working together, quantum systems can find where the most likely areas are for accurate best results. They can then direct the classical systems to search for solutions within those data ranges. Classical systems solve the problem easily as they quickly  find the most accurate results thanks to the direction.

Quantum-Augmenting classical. Now think about the data sets in your optimization or simulation problems. In some areas, the data is sparse, meaning the tables aren’t completely filled in so you have a lot of empty fields that don’t need to be actually processed. Other areas are “dense,”meaning most of the fields in your tables contain a piece of data.

The Quantum-Augmented and Quantum-Directed approaches both have the advantage that they can deliver benefits from QPUs that are too small to contain the entire problem. The disadvantage is they require much more sophisticated software to analyze and prepare the problem for processing on the hybrid system.

These are just three options. The potential benefits of using hybrid quantum systems is enormous … we simply need to think out of the classical box.

The definitions of hybrid systems will continue to diverge. That’s expected.

We’re in the infancy of a powerful new technology innovation. The more we learn, the more we will advance and adapt our initial expectations.

Regardless of your definition, hybrid quantum computing architectures will be the first production use of quantum processors to deliver value for solving real-world problems.