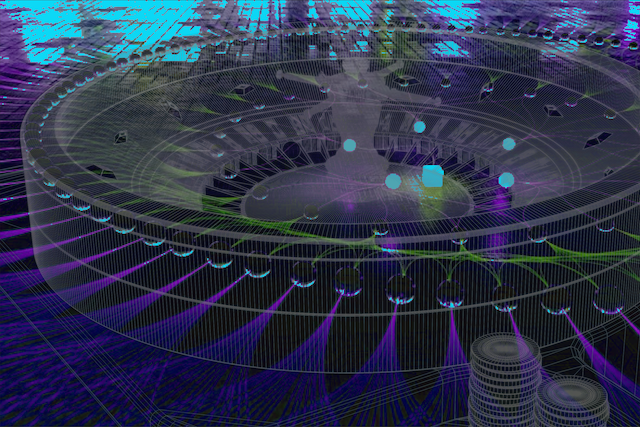 “Is Quantum Computing hype or will it solve the problems I can’t solve well today for my business? Is it really the home run everyone claims it will be?”

That’s the question we hear oh so often. We understand why – there’s so much confusion out there. Which is why I wanted to clarify some things in this post.

If you look at the market forecasts, not to mention the billions invested in quantum, you should believe it’s real.

For example, a 2020 market research analysis estimates the quantum computing market will top $65 billion per year by 2030. That’s just one of many that claim supersonic growth for quantum computing.

Trust me. we have NOT all been duped by a masterful game of hype by hundreds of vendors and investors. Not even.

But will it solve my problem?

The truth is, it depends on the problem and the timing.

All too often we humans view anything we don’t understand completely as hype. That’s how our minds are trained to function at an instinctual level. What’s new and different is also a potential threat, so we lead with caution and suspicion.

Quantum computing is the next suspect in the evolution of Information Technology.

Here’s an example to ponder. Think about the advent of the internet. Did anyone imagine when we used our first Netscape browser that we would be where we are today with regard to the digital world that’s been enabled by the internet? I doubt it.

That’s the way tech innovation works. We innovate, we learn, we apply and we expand the application of the new technology, based on what we learn in our experience.

Quantum computing is the most advanced technology opportunity we’ve seen in high-tech business. I say that from experience, having been on the leading edge of tech innovation for over three decades. It holds the opportunity for amazing home runs – the only question is when.

Part of the reason for the emerging claims of hype is that we simply do not know, with 100% certainty, when quantum computers will do what we expect them to do.

There are a number of entangled causes. None of which are suspicious or out of line with what should be expected in the evolution of a highly advanced technology. Yet human nature leads some to claim that all of the believers are in cahoots, creating quantum computing hype to dupe the masses. Suspicious souls that we are.

So what is the reality, right now? That depends on who you talk to. Let’s face it, different vendors and people have different perspectives, different truths if you will. That’s human nature, too.

Which is why understanding the reality today, and what’s coming tomorrow, is so important to move beyond the hype claims, which are unfounded. Just like when folks claimed the internet was a toy. Uh huh.

First, let’s talk about what quantum computers are expected to do, and not do.

So what does that mean for today? Here are some answers to some questions that we hear often.

QPUs are available for us to use right now as we explore simple problems to learn about quantum and how it works. We recently announced our SaaS solution for quantum constrained optimization with AWS as our infrastructure, for both classical and quantum processing. Today, you can run small optimization problems on Qatalyst as a SaaS application, no quantum programming or expertise required.

You can also apply quantum methods to today’s classical programs and reap significant benefits. In all the quantum computing hype, there’s a focus on that all or nothing approach. In fact, right now Qatalyst applies quantum methods to constrained optimization and solves these problems on classical machines – faster, more accurately and with a diversity of answers that give businesses deeper and better insights to drive more informed business decisions.

Quantum computing is not hype.

It’s an advanced technology that’s evolving along the same path as other new technologies. The difference is it’s the biggest innovation any of us in high technology has seen in our lifetimes.

Quantum will change our lives.The only question is when we will be able to take full advantage of it. I expect that to become more clear over the next year or so.

To learn more about how you can prepare for quantum, check out our Executive Brief, 3 Ways to Make Your Business Quantum-Ready.