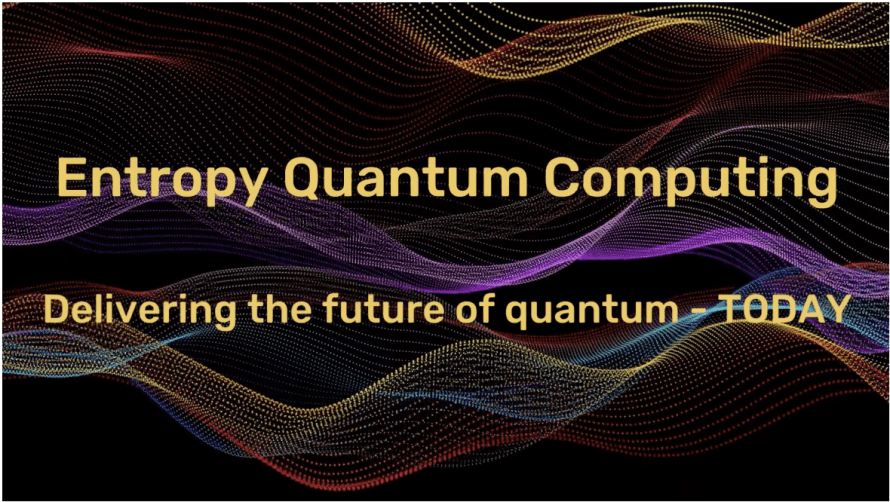 As you all know, this week, we announced results from our Entropy Quantum Computer (EQC). Landmark results for a quantum computer in today’s world. We had so many people reach out with questions, we wanted to share some highlights about EQC. Specifically how it differs from today’s Noisy Intermediate Scale Quantum (NISQ) systems.

First, let’s talk a bit about how quantum systems in nature work. Quantum systems are naturally open. As such, quantum states interact with the many degrees of freedom in the environment, ultimately collapsing the wave function, where quantum information is then lost.

In today’s NISQ computers, the systems are designed to produce pristine quantum systems that are “closed” to the environment. This is to minimize this interaction since it causes significant processing challenges for these architectures.

You see, to maintain stability of the pristine closed system, there is a significant engineering penalty in the design requirements to protect processing from the environment (aka noise.) This is why quantum computers usually require cryogenic cooling, pure vacuum, and zero electromagnetic background. All of which introduces high cost, complex maintenance, and ongoing stability issues.

We’ve all heard the questions about whether quantum computing is real (it is) as a result of the limitations of these early architectures.

That’s due to the reality that these NISQ computers:

As of today, these systems have been able to process small “toy” problems. Specifically, a problem of 127 variables for gate-model systems, and up to 400 variables, for sparse matrix problems on a quantum annealer. The computations can take hours to complete and may be interrupted as the systems lose coherence. Additionally, these closed systems are still extremely prone to errors. One paper estimates that every logical qubit will require 1000 to 10,000 qubits for error correction alone.

Instead of trying to isolate qubits from environments, the EQC carefully engineers the environment and its backaction through the Hamiltonian to relax the system to the ground state.

As such, Entropy Quantum Computing is rooted in the openness of natural quantum systems. The EQC does not try to eliminate or protect the interaction with the environment. It uses controlled feedback from the environment to drive the quantum information results.

As such the EQC evolves the quantum system into a decoherence sub-space, where its quantum state is highly immune to loss or decoherence.

Consequently, the EQC can scale to solve larger and more complex problems without errors, can be deployed in a simple blade/rack server with no special infrastructure, and can maintain stability/coherence for lengthy time periods. As demonstrated as part of the BMW Quantum Challenge presentations this week, QCI’s Entropy Quantum Computer delivered truly landmark results.  Using a prototype system, QCI solved a BMW sensor optimization problem for autonomous vehicles FOR THE FIRST TIME on a full-quantum system. The computations included 3,854 variables and 500 constraints. The EQC delivered a superior, feasible solution in six minutes.

We all see the hype and concerns about the value of quantum computing. Its source in most cases is due to the claims of limited scale, high cost, lack of stability, overall complexity and a significant error correction challenge.

The EQC eliminates these significant challenges current NISQ computers are facing. This week, we demonstrated a  scalable, error-free and cost effective quantum computer. Deployable anywhere, no special environments and usable by non-quantum experts.

There is more to come. Much more. Stay tuned.