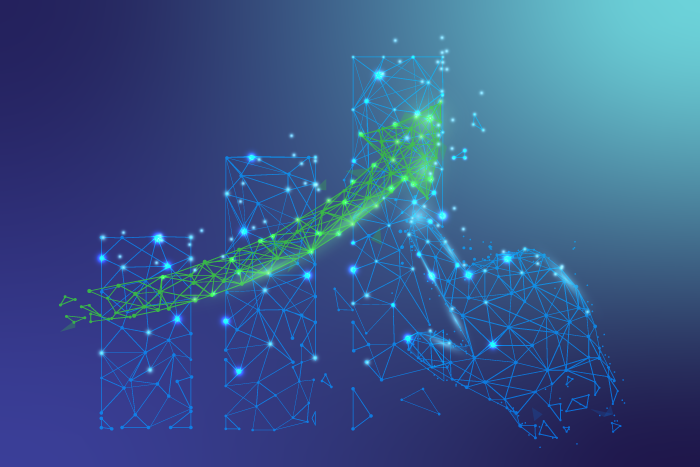 While quantum technology has been in academia for more than three decades, it’s recently gained the attention of business for commercial applications. In the past 12 months, offering access to quantum computers via the cloud (Amazon Bracket, for example) has allowed forward-thinking companies to start exploring the possibilities of quantum computing.

These include LED lights, lasers, MRIs, and the GPS systems we rely on for road trips and city navigation. Because quantum runs in the background, we tend to take these devices for granted.  We don’t realize that some of the promise of quantum is already here and useful.

While these applications aren’t as spectacular as the hype you hear today about quantum computing, they wouldn’t work without quantum physics.

As commercial interest ramps up, you’ve likely seen the lists of industries with problems quantum technology is projected to solve. But, until we reach the scale of qubits we need to go big, we are limited to exploration and experiments in many cases.

Let’s review a few problems that we expect quantum computing to help solve in the shorter term.

We’ve talked about constrained optimization for retail before from a logistics perspective for e-commerce.

Let’s also consider how a quantum algorithm can solve a combinatorial problem for the best promotional strategy. Suppose you need to select a mix of products for a promotion, but your goal is to minimize one product stealing sales from another.

The number of related variables make this a good application for quantum computing.

Consider the volumes of behavioral data we collect from our customers. This data can give us powerful insights. But we are limited by the power of current computing systems to analyze it. As we collect more data, we push our systems beyond their limits.

The number of variables to analyze for airline network optimization include flight planning, fleet allocation, and crew scheduling creating a complex problem to solve. Again, this is due to the volume of data that today’s computers can’t optimally analyze.

When you add in revenue management and pricing, based on schedule, capacity and aircraft configuration, you can see how separate models can and do produce conflicting solutions.

Quantum and classical working together in a hybrid model change the game for complex computations. By applying quantum computers where they are valuable, while letting classical systems do what they do well, we get better insights.

We expect to see game-changing competitive advantage for airlines and transportation.

Fraud detection systems are highly inaccurate, by some accounts returning up to 80% false positives. Losses have been estimated as high as $56 billion in 2020 by Help Net Security.

Quantum computing capabilities, including advanced community detection,  promise to transform our ability to identify patterns, create classifications and predict what’s not possible today due to the complexities and volume of data analysis needed.

As quantum technology comes of age, we’ll begin to see the ability to solve exponential problems that we can’t touch today due to the fundamental limitations of classical computing.

The combination of classical with quantum will allow us to solve problems that either classical can’t touch or by providing more accurate and diverse results that offer deeper insights. Using these insights can and will catapult our organizational effectiveness to a new level.