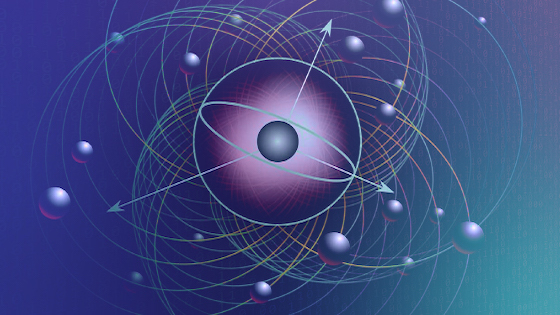 Quantum computing has so many different terms, ranging from qubit, QPU, superposition, entanglement, to trapped ions, photons and perhaps lions and tigers and bears, oh my. It’s hard enough to get a grasp on all of the new paradigms, yet alone doing it in the midst of a completely new set of acronyms and technical terms.

We are all about helping to democratize access to quantum computing for everyone, not just for quantum experts. We deliver just that in our software and services. We also want to help simplify quantum in our content. So in the next posts, we are going to share some fundamentals about qubits – the heart of quantum computing.

Quantum Computing and the Qubit

A qubit is a quantum bit of information. It’s typically created by a particle that demonstrates the properties of quantum mechanics, versus the Newtonian deterministic physical laws that define our world. So qubits come in particles like electrons, neutrons, photons and ions versus apples, bears or cars.
The qubit can be viewed as the heart of quantum computers. It is the quantum mechanical version of a classical bit. A qubit is a two-state (or two-level) quantum-mechanical system, one of the simplest quantum systems displaying the peculiarity of quantum mechanics.

Yes, I said it can exist in two states. As one of our lead quantum experts says, “Qubits have unique personalities and they are feisty.” Two-states is just one example of that.

The All Powerful Qubit

The ability of a qubit to represent quantum mechanics principles is what gives quantum computing its power.

Let’s take a look at the principle of Superposition first.

In classical computing, data is encoded in bits, where each bit can have the value zero or one.
In quantum computing, the data is encoded in qubits, with each qubit able to be encoded as both 0 and 1, or in a linear combination of both states. This is the phenomenon known as superposition.

That’s a hard one to wrap your head around. Here’s a simple real world corollary.

In our everyday world, a coin facing up has a known state: a head or a tail. You don’t have to flip the coin over to know that it has both states. In quantum computing, the situation is similar; the material properties of things (qubits) do not exist until they are measured. Until you “look” (measure the particular property) at the coin, as it were, it has no fixed face up. Yet it’s known to be in two states.

Now let’s apply this to quantum superposition. In quantum physics, electrons demonstrate a quantum feature called spin, a type of intrinsic momentum. In the presence of a force (aka a magnetic field, laser beam etc.,) the electron may exist in two possible spin states, usually referred to as spin up and spin down. Each electron, until it is measured, will have a finite chance of being in either state. Only when measured is it observed to be in a specific spin state. The potential is always there for both states.

Superposition is what makes quantum computers operate as parallelized systems. That’s why a quantum computer can work on a million computations at once, while your desktop PC works on one.

Now let’s look at the quantum principle of entanglement.

Qubits are extremely sensitive to measurement.

Entanglement is used in two ways in Quantum Computing: entanglement with the measurement apparatus (for the final readout, this is the way quantum scientists are able to measure qubits indirectly) and entanglement with other qubits (to perform non-linear i.e., useful computations.)

While the term seems complex, it’s really not if you start with a simpler example.

Take a set of square and round pegs. They can be independent, or entangled.

Imagine that these square and round pegs always come in pairs, and that they can be combined in any fashion.

With the same pegs, imagine now that they have to be in the same combination of two pegs; square and square, round and round.

In the quantum computing world, independent states are known to be rare exceptions. Whenever particles interact, the interaction naturally creates correlations between them. Here’s why.

This behavior allows us to know the value, or state, of the qubits without actually looking at them.This behavior is also how quantum computers are able to process extremely complex computations and simulations, providing a diversity, or range, of results. This is also where the challenge of scaling quantum computing (aka the number of qubits) lies. We have to be able to isolate our fragile qubits from unwanted entanglement with the surrounding (noise) e.g., a microwave warming a pizza next door.

As you can see, qubits are quite powerful and picky, yet have the potential to change the way we simulate and process our information, and our world.

Quantum computers rely on qubits, which are the quantum counterpart to today’s bits.

Qubits are capable of simulating the principles of quantum mechanics, in ways that classical bits can’t possibly achieve. For example, superposition and entanglement. That’s why they are at the heart of quantum computing.

Currently, a variety of qubit types are being developed and tested in today’s quantum computers.

In our blog next week, we’ll explore more about the different types of qubits available today.